Swindon to receive an extra £731,500 to boost local cycling and walking infrastructure 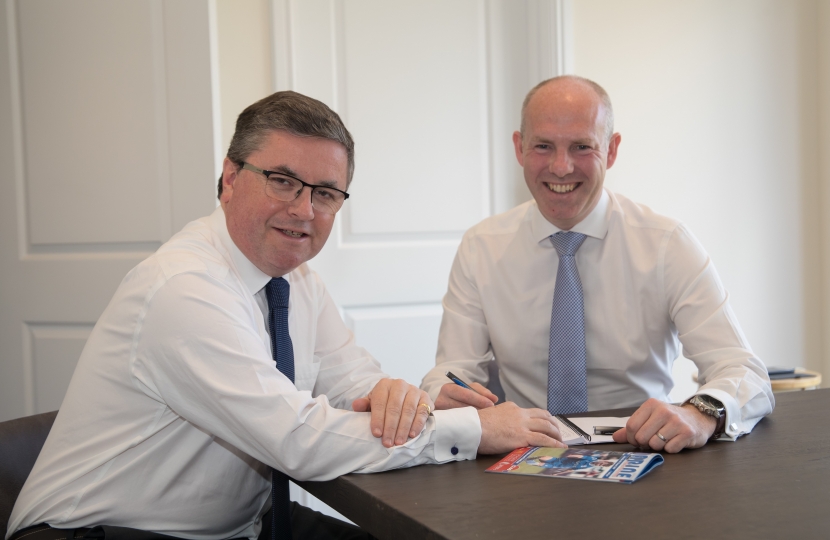 Swindon MPs Justin Tomlinson and Robert Buckland have welcomed news that Swindon is set to receive an additional £731,500 from the Government’s Active Travel Fund – designed to create safe space for cycling and walking.

The money will be provided to the local council and could be used to fund measures such as School Streets, Low Traffic Neighbourhoods and segregated cycle lanes. In total, £175 million is being allocated to local authorities across England in the latest round of allocations from the fund.

Following discussions with local MPs, the Government has stipulated that councils receiving money will have to meet tough new conditions to ensure that schemes are properly thought out and that their impact on other road users are closely weighed up. Councils will also have longer to spend the money, ensuring there is time to consult local communities. If these conditions are not met, future funding allocations will be reduced and the Government could clawback some of the money already provided.

The Conservative Government has pledged a revolution in walking and cycling as part of its plans to level up the whole county, with the Prime Minister pledging a record £2 billion investment to double cycling and increase walking by 2025. This comes on top of more than £27 billion that will be invested in England’s roads over the next five years, ensuring the road network is safe, reliable and efficient.

“As many of us have tried to avoid public transport in recent months, we’ve seen a huge increase in the number of people opting to walk or get on their bike when moving around.

“I’m delighted that Swindon will benefit from additional funding to make our local area more bike and pedestrian-friendly, while maintaining the access and space other road users still need.

“There are so many health and environmental benefits to getting more people cycling, so I am delighted the Government is continuing to invest in this area. In Swindon we are lucky to have some fantastic cycle routes, which include the Eastern, Western and Southern Flyovers – which were made possible thanks to a £3.75million investment from the government via Swindon and Wiltshire Local Enterprise Partnership.”

“It has been great to see so many people build cycling and walking into their daily travel habits. To support them, we know it’s vital to have the right infrastructure in place so everyone – cyclists, pedestrians and motorists – can use our roads.

“This funding will help further realise that ambition, but councils must engage with communities to develop schemes that work for everyone – those that haven’t won’t be able to take their plans forward.”

Today we have published our Covid-19 UK Vaccines Delivery Plan, setting out how we plan to deliver the biggest vaccination programme in British history, to protect all those who need it most as quickly as possible.