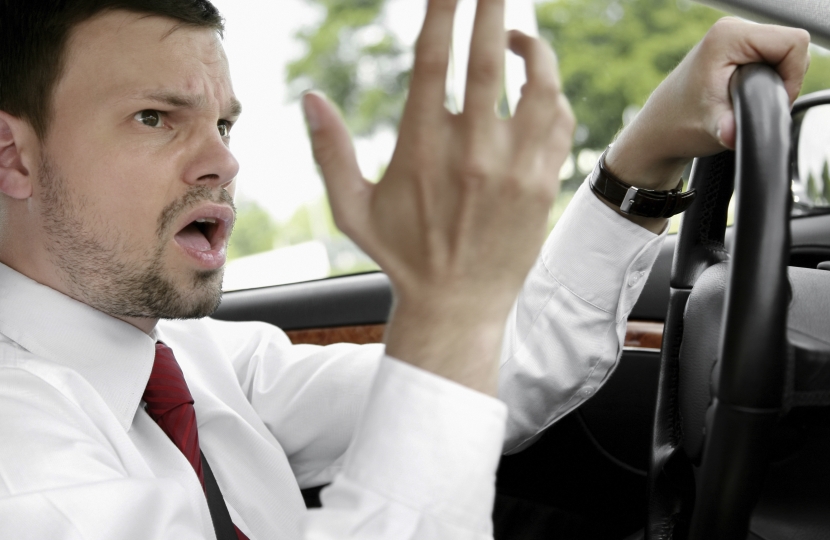 Robert Buckland MP has joined forces with Swindon Driving Instructor, Tom Kingsley to raise awareness about learner driver abuse in the town, as part of his local campaign to tackle anti-social driving.

Tom, who has been a driving instructor in Swindon since December 2020, contacted Robert to ask for help to target the problem. He explained:

“As a driving instructor, I witness an awful lot of unsafe driving here in Swindon from impatience and road rage.

“This learner abuse can be very distressing and is impacting on the confidence of many people learning to drive here in the town.

“It sets a terrible example when drivers refuse to give priority, or unsafely overtake on a roundabout to get in front of a learner. It can also be distressing for young passengers to witness drivers behaving in this way and can cause anxiety when they learn to drive.

“Even attempting a merge can be made so much more difficult when another driver speeds up or makes it hard for a learner.

“Learner drivers are not always experienced enough at first to read the signs or the car language of other road users. Early on in their training, this can cause a fight or flight response, where the learner loses the ability to rationalise a situation. This in turn means that I may have to take control of the situation, which again damages confidence.

“Tailgating is also a common problem, which may in turn cause the driver to slow down and they can become distracted by the car behind. Sometimes learner drivers can break suddenly and unexpectedly if they misjudge a situation, which could result in a collision if enough space is not left.

“Many people are patient and we really appreciate that. Unfortunately, the minority makes the biggest impact on learner drivers from this sort of treatment.

“I can appreciate how frustrating it is to be behind a slow driver. Working on the roads, I know how important it is to get from A to B in a limited time frame. If you are being mistreated on the roads very often it can feel personal, but it really isn't. People have so much going on in their lives and the roads can feel like a particularly stressful place be. My advice would be to stay calm, slow down a little sooner than needed and concentrate on what you're doing. No one is a perfect driver and you never know who is driving or why they are driving the way they are.”

South Swindon MP Robert Buckland has been running an anti-social vehicle behaviour and speeding campaign on behalf of local residents in the town. He said:

“There has been an escalation in anti-social driver behaviour and speeding in the town, and I have been passing on the concerns of local residents to Wiltshire Police so that they can plan targeted enforcement action.

“When coming across a learner driver on the road, I would urge other drivers to be patient and tolerant and to cast their minds back to when they were also learning to drive. It can be a nerve-wracking experience.

“Inpatient and aggressive driving can put others in danger.

“Please give learner drivers the time and the space that they need to learn.”