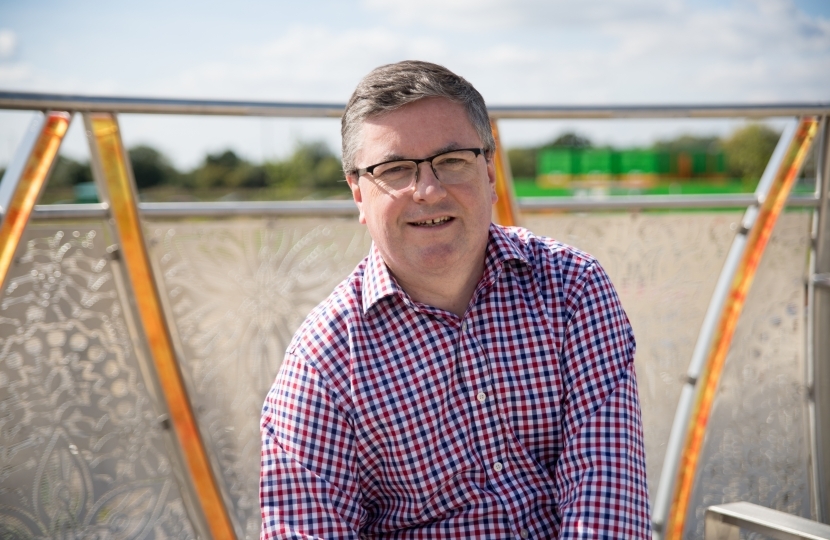 Over the past 18 months or so, I have been running a local campaign on behalf of many residents here in Swindon, to tackle the unfair practices involved with purchasing a Leasehold property.

Unfair Leasehold practices including spiralling ground rents and unfair agreements have been of great concern to me for several years, so I was pleased in 2019 when the Government announced that all new homes would be sold as Freehold in a move to tackle unfair Leasehold practices. This was a step in the right direction; however, it did not solve the issues for the many residents, including those in Badbury Park, who had already purchased a Leasehold home.

I began my Local Leasehold Campaign by writing to the Secretary of State for Housing, Communities and Local Government, on behalf of local residents and asked what further could be done from a Government point of view to help those residents who had already purchased a Leasehold property.

Throughout the campaign, I met and spoke with many local residents who had purchased Leasehold properties. I also organised meetings for Badbury Park residents along with Cllr William Horley and Julian Roper, Director of Persimmon Homes.

Following a meeting with the Competitions and Marketing Authority (CMA) in September 2020, to highlight local residents’ concerns, I was pleased when enforcement action was announced involving four leading housing developers that may have broken consumer protection law in relation to Leasehold homes.

There was further good news from the Competitions and Marketing Authority last week when it was announced that formal commitments have been secured from leading companies including Aviva and Persimmon, as part of this ongoing work to tackle issues in the Leasehold sector.

I have been in touch with all of the residents who have contacted me to raise Leasehold issues and I have also requested an urgent meeting with the Director of Persimmon Wessex, Julian Roper, to further discuss the changes announced and what this means for local residents going forward. When it comes to unfair Leasehold practices, I will continue to work hard to tackle these issues on behalf of local residents here in Swindon.

Several local businesses here in Swindon have already signed up to the Government’s Kickstart Scheme, which has seen thousands of jobs created for 16 to 24-year olds across the country.

Under the scheme, announced in June 2020 as part of the government’s Plan for Jobs, employers that sign up will be able to offer youngsters aged 16 to 24 who are claiming Universal Credit a six-month work placement that is fully funded by the government.

This means the government will pay 100% of the young person’s age-relevant National Minimum Wage, National Insurance and pension contributions for 25 hours a week, which the employer can top up if they choose to.

The government will also pay the employer £1,500 for each young person they take on, to support any training or associated costs like uniforms they might incur when setting up the scheme.

The scheme is helping to put young people who have been some of the hardest hit by the economic impact of the pandemic on the first rung of their career ladder.

I am calling for more local employers to get involved in this excellent scheme.

An online presentation for employers about the Kickstart Scheme and other support will take place on Thursday 22nd July from 9 am – 9.30 am. If you would like to attend, please email DWHIwiltshireexternal.events@dwp.gov.uk

Finally, I am pleased that four schools here in South Swindon are set to benefit from additional Government funding as part of the Condition Improvement Fund. The Education Secretary has announced almost £483 million of extra funding for 1,466 projects at 1,199 academies, sixth-form colleges and voluntary aided schools. Successful projects at Goddard Park Primary School, Holy Rood Catholic Primary School, St Joseph’s Catholic College and The Commonweal School have been awarded funding.

Two Years On: Delivering on our Promises

Two years on, we have delivered for Britain. Here's a list of some of our top achievements.