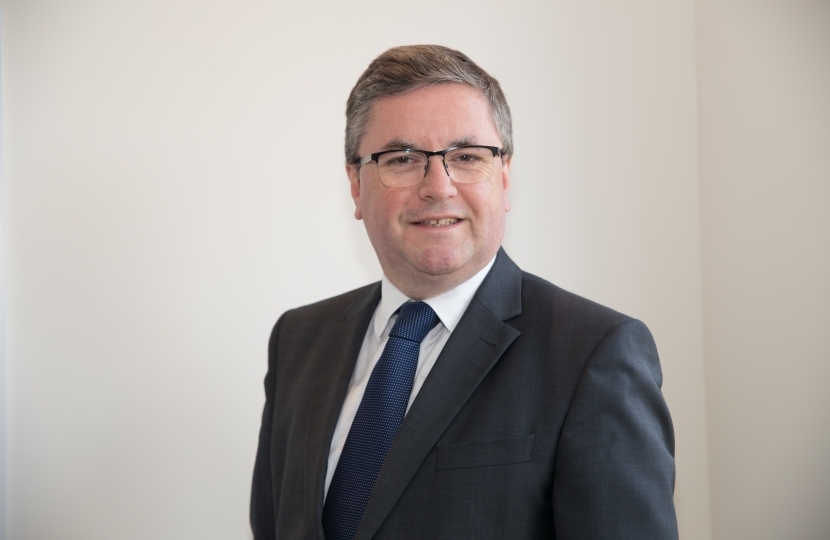 At the recent election, I campaigned hard on the issue of law and order, and this week I welcomed the news that Wiltshire Police will receive an additional £8.8 million of funding after the Conservative Government announced the biggest increase in funding for the police system in a decade.

The amount of funding available for the overall police system for 2020 to 2021 will increase by more than £1.1 billion to a total of £15.2 billion, if Police and Crime Commissioners take full advantage of their flexibility to set the police precept. This represents an almost 10 per cent increase on the core (resource) grant provided to police forces last year, enabling them to help cut crime and deliver on the people’s priorities.

The overall funding increase will include £150 million to fight organised crime and continue to crack down on online child abuse. Tackling serious violence will also be backed with £39 million, which includes £20 million for county lines drug dealing, which is seeing abhorrent gangs terrorising our towns.

Over the past week, it has been great to see that Wiltshire Police’s hard work in tacking country lines is paying off with arrests taking place right the way across our town as part of a series of raids cracking down on drugs gangs and their baleful influence on too many young people and vulnerable people.

This is part of wider overhaul of the criminal justice system which will see 20,000 new police officers, an extra 10,000 prison spaces and a new Sentencing Bill to ensure the most serious offenders spend longer in jail. As Justice Secretary, I am working on a range of initiatives to deal more effectively with terrorism and serious violence and to protect the public.

Monday was Holocaust Memorial Day and thousands of commemorative events, including some here in Swindon, were arranged by schools, faith groups and community organisations across the country, remembering all the victims of the Holocaust and subsequent genocides.

This year was particularly poignant as we are making 75 years since the liberation of the concentration camps of Europe and the end of the Second World War. It was an honour to sign the Holocaust Educational Trust’s Book of Commitment in the House of Commons and honour those who were murdered during the Holocaust as well as pay tribute to the extraordinary survivors who work tirelessly to educate young people today.

Alongside Wroughton Borough councillors Cathy Martyn and Brian Ford, I encourage local residents to share their views on the Post Office proposals to relocate the Wroughton branch from its current location at the crossroads of the High Street to the Midcountries Co-oP on Devizes Road. Subject to consultation, if the move goes ahead, the new premises will change to a local style branch.

It is important that the views of local residents are taken into consideration by the Post Office during the consultation period which ends on the 6 March 2020.

There are full details on how to engage with the consultation on my website via https://www.robertbuckland.co.uk/news/robert-buckland-mp-and-wroughton-…

I am also happy to pass on your comments to the Post Office. You can contact me by emailing robert.buckland.mp@parliament.uk or by calling 01793 533393.

•         NHS Covid-19 app launched in England and Wales to help control the spread of coronavirus.

•         App will alert people if they have come into contact with someone who later tests positive for coronavirus.