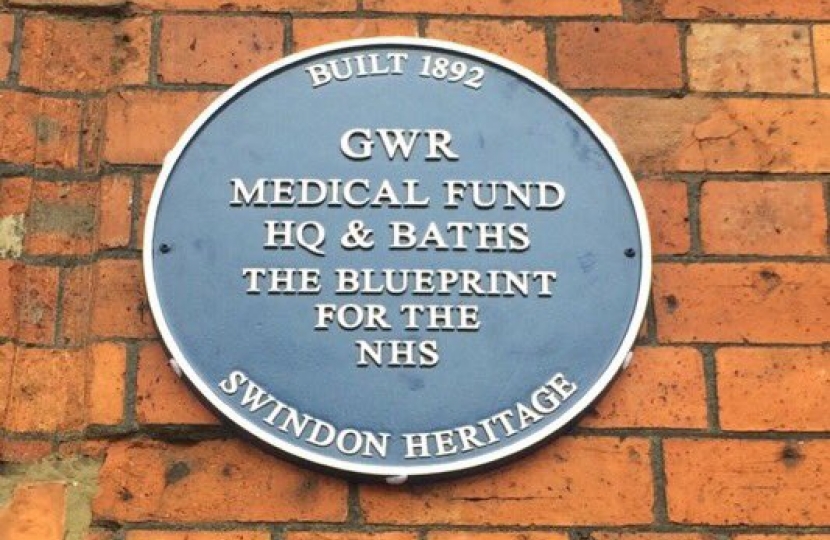 It was great to go to a Heritage Open Day at the Railway Village, Swindon’s historic heart, built by Brunel and Daniel Gooch, on Saturday.

The Railway Village is a unique example of industrial heritage and mid-19th century urban planning, so I was pleased to see so many people out and about as we celebrated Heritage Open Day.

I was delighted last year when the government announced £4m of investment for the redevelopment of the Grade II Listed Carriage Works in the Railway Village.

This sustainable use of one of Swindon’s heritage sites is supported by the Heritage Action Zone, which is bringing expertise from Historic England to deliver improvements throughout the Railway Village.

The Great Western Works were at the heart of Victorian innovation here in Swindon, so to be able to use these great buildings as a base for Swindon’s up and coming firms is something that I’m sure Brunel himself would have approved of.

The pressure from the COVID-19 pandemic has caused significant disruption to the provision of health and social care across the UK, including here in Swindon, with the response inevitably reducing the capacity to respond to non-COVID-19 related care.

Around 950,000 adults in England receive some form of long-term social care support

Most of us have realised that when it comes to the issue of social care, we have to find some way in which it will be adequately funded, to protect our precious NHS in the future and the most vulnerable people in our society who need it the most.

A Health and Social Care Levy will be effectively introduced from April 2022 when National Insurance Contributions for working-age employees, self-employed, and employers will increase by 1.25 percentage points.

People earning less than the Primary Threshold / Lower Profits Limit in 2021-22 will not pay the Levy, and the Levy will not apply to Class 2 or 3 National Insurance Contributions. This means that the highest 14 per cent of earners will be paying around half the revenues of the Levy and that no one earning less than £9,568 will pay a penny.

From October 2023, the Government will also introduce a new £86,000 cap on the amount anyone in England will need to spend on their personal care over their lifetime. It will be implemented using legislation already in place under the 2014 Care Act. This will tackle persistent unfairness in the social care system, which is a subject that has been raised with me by many local residents here in Swindon over the years.

Finally, during my time as MP for South Swindon, I have spent many enjoyable hours with my friends at the Swindon Hindu Temple. This is the only Hindu Temple in Wiltshire.

The Hindu community have worked hard to serve the local community from the Temple. They have served free meals, hosted blood donation camps, provided mental health workshops and helped the vulnerable during the pandemic.

I am shocked and dismayed by the recent break-in and the appalling actions of those who stole donations and desecrated the temple.

My thoughts are with the Hindu community. I will do all I can to help our community during this difficult time.